Opioids: What They Are And How They Work 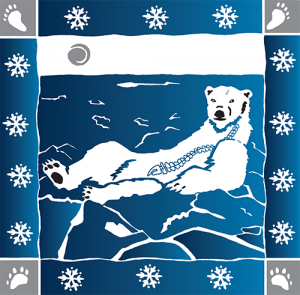 Arctic Chiropractic Rehabilitation and Physical Therapy is an Alaskan company with an “authentically Alaskan” origin.

• Around 68% of the more than 70,200 drug overdose deaths in 2017 involved an opioid.
• In 2017, the number of overdose deaths involving opioids (including prescription opioids and illegal
opioids like heroin and illicitly manufactured fentanyl) was 6 times higher than in 1999.
• On average, 130 Americans die every day from an opioid overdose.1

This rise in opioid overdose deaths can be outlined in three distinct waves.
1. The first wave began with increased prescriptions of opioids in the 1990s, with overdose deaths
involving prescription opioids (natural and semi-synthetic opioids and methadone) increasing since
at least 1999.

2. The second wave began in 2010, with rapid increases in overdose deaths involving heroin.

3. The third wave began in 2013, with significant increases in overdose deaths involving synthetic
opioids – particularly those involving illicitly-manufactured fentanyl (IMF). The IMF market
continues to change, and IMF can be found in combination with heroin, counterfeit pills, and
cocaine. 2

What are Opioids and how do they work?

With all these concerning statistics, it would behoove us to understand what they are and how they work! Opioids are a class of drugs that include the illegal drug heroin, synthetic opioids such as fentanyl, and pain relievers available legally by prescription, such as oxycodone (OxyContin®), hydrocodone (Vicodin®), codeine, morphine, and many others.

The body produces its own opioids naturally but does not produce enough of them in the case of severe pain nor enough to cause an overdose. They attach to brain receptors sending signals to the brain which block pain, slow breathing down, resulting in a generally calming and anti-depressing effect which is called the “Opioid effect.” Opioids mimic the structure of the natural neurotransmitter Dopamine, which “fools” receptors and allows the drugs to lock onto and activate the nerve cells but since they do not activate nerve cells in the same way as a natural neurotransmitter, they lead to abnormal messages being transmitted. Dopamine is a neurotransmitter present in regions of the brain that regulate movement, emotion, cognition, motivation, and feelings of pleasure.

By targeting the brain’s reward system and flooding the circuit with dopamine, they overstimulate this system, which rewards our natural behaviors, producing the euphoric effects sought by people who misuse drugs teaching them to repeat the behavior because life-sustaining activities are associated by the brain with pleasure or reward. Whenever this reward circuit is activated, the brain notes that something important is happening that needs to be remembered and teaches us to do it again and again, without thinking about it. Because drugs of abuse stimulate the same circuit, we learn to abuse drugs in the same way. Next time we will look into different ways of pain management which might help and be just as effective without the addictive effect of heroin.

View all posts by Arctic.Admin →